Sogamoso – first time I heard that name and I didn’t really know what and where it is? …but I found out. I was invited by a friend to come to Sogamoso for a visit. So it was only the question “How” for me at this stage…time for travelling I had, since Monday was off (Holiday first of November, only that in Colombia this bank holidays are off a bit later on Monday). Alright I looked in the Internet if there is any bus connection to this place in the countryside…and yes I was lucky, there is! A bus from Bogotá to Sogamoso! There was even one which goes directly from Bogotá a Sogamoso. I was really surprised. I didn’t expect that. Well to be sure about my first trip on my own I asked some friends which bus company is good and where I should hop on the bus. So they named some busses and said that it is better to leave at the terminal…this sounded a bit strange, because for the geographical reason the “Portal de Norte” is better, but I followed the advice. As well I ordered a taxi to my home place to be more secure. But of course in Colombia it is quiet usual that every day something strange happens. So I went with this taxi which collected me from my home place. During our way to the terminal we talked and the taxi driver told me that going to the terminal isn’t such a good idea because the coordinates of Sogamoso are in the northern part of Colombia. It’s better to go straight to the “Portal de Norte”. But well now it was too late, and I decided not to worry …but then, on half of the way we run out of gas, well the car did. So after trying to start the car again and again, I decided to leave and hop off the taxi and on a bus which passes nearby. The taxi driver said that this bus will bring me to another bus station where I can change busses to get to the “Portal de Norte”.

This story gets long in a way….well in this bus; I asked again one guy where it is good to change busses to go to the north. Well he didn’t know, but other Colombian people noticed me concerns and helped me. Almost all the people where telling me now where it is good to leave this busJ. That was really nice and funny because in the end they shouted: “Alright girl, here it is, it is right here…leave here”. To make it short, I got safely to the “Portal de Norte” without further obstacles.

There I asked a policeman where the buses exactly will leave…he only said:” ahh I’ll give you some company and show you the way”. We talked on our way and he helped me to find a “fast bus” to Sogamoso. It was fast, the only problem was that I had to queue for almost 2 hours. While standing there I was talking to a man from Sogamoso. He gave me some tips and as well I asked me if everything is alright, if my friends are here, when we got to the terminal of Sogamoso. This was really nice because it was already dark and I didn’t really want spend time waiting alone for my friends. But everything was good. My friends collected me straight away. But my anonymous friend from the bus made sure that I’m alright. Very nice, very impressionably.

I visited Sogamoso in the night time then. It is a nice and cute city. The next morning we entered the park “Puente Rey”. One or more artists might have too much time, because some of the rocks where painted. But it was really good art work. The structures and features of the rock did fit to the animal painted on it or better the other way around. I was really impressed and took loads of photos of these animals.

…how impressive, or!? I really spent a lot of time to look at all these animals and take some fotos, but there are even some more…It is amazing that someone did this. Someone with a lot of imagination and eyes for such thing. Just awesome it is.Would like to meet that guy.

But this animal is real! 😉 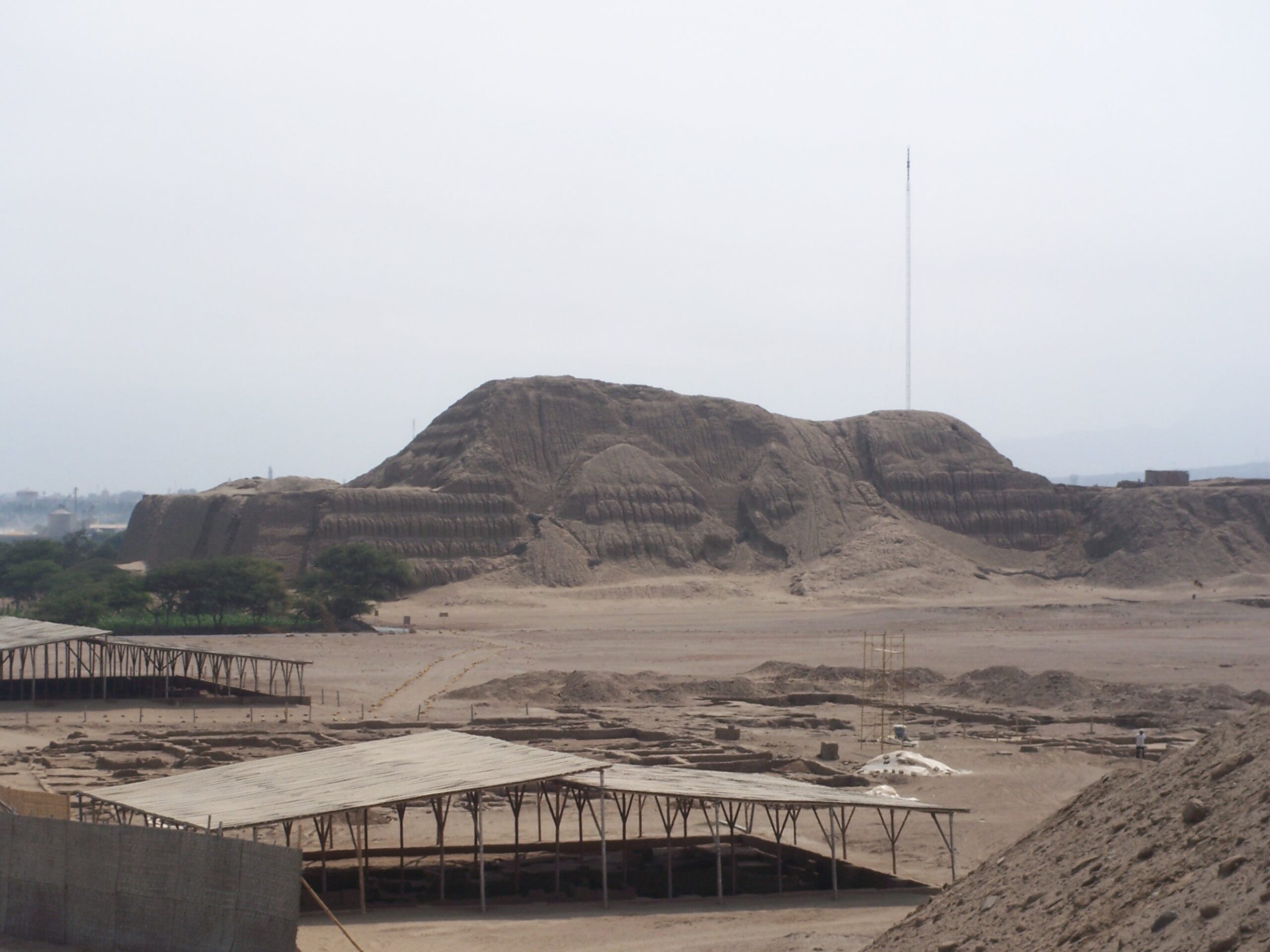 Huaca de la Luna lies a bit outside of Trujillo and it is worth visiting. It reveals the culture of the Moche, […]

On a Sunday I went with two friends of mine to the Lake Guatavita, which is located around 40 km north of […]

…the trip through the history of the Inkas didn’t stop at all. The contrary, we are going to visit Machu Picchu, which […]