Finally, it was the “big” day to get out of the town of Riobamba and up to the mountain Chimborazo, the highest mountain of Ecuador. And the climate seemed to be nice. That was great. After a good night sleep we got ready for this big adventure and first of all for our breakfast. The breakfast was brilliant and offered energy for our day.

After this strengthening we went back to the Andeans place where John waited for us. He was surprised that we didn’t arrive 10 minutes before the actual appointment. That’s why he thought we won’t come and now his guide and his clients already left. What a pity! But our nice friend phoned his guide and ordered him back to pick us up. What a relief for our expedition! Funny enough right now a procession of some school in Riobamba started in front of us.

The main street, where we were waiting, was blocked, so we had to go to another side street to meet eventually our ride. Everything went fine. Hannah and I jumped in the back of the Jeep and enjoyed the view and the fresh air. But soon enough we were ascending more and more and it was becoming more freezing in the back of the Jeep. But we were in great humor, so we didn’t really mind.

Our plan for this day was, to go up from the refuge Hermanos Carrel, which is situated on 4.800 m and accessible by car, to the upper refuge, called Whymper. This refuge you find on an altitude of 5.000 m. On this way we passed a memorial, a kind of graveyard for the dead people – the dead who lost their life in the Chimborazo. Hopefully their souls are in peace nowadays and that all their relatives will be released from their grief.

It was a bit oppressive and we were reminded about all the risk of climbing a mountain. But still we had confidence in our abilities and experiences.

After 1-2 hours we finally arrived at the refuge Whymper. There we received good news in the cold. We were free to sleep in the refuge and use the kitchen. After the windy, cold and rainy days in the base camp of the Cayambe we were happy to do so. Only now we got the fact that every entrance of the national parks of Ecuador, including the refuge is or should be at least for free. But as you heard from my other stories this wasn’t really the case because the responsible persons in the refuges or national park entrances wanted to do their own small business. But anyway now we are here and the guard in the refuge Whymper was really nice and helpful.

After we put our material and backpack in a small room with 3 beds, we went for some walk. We wanted to get to know better our surrounding and of course and very important, we wanted to get used to the altitude.

Later the sky cleared up and we were regarded with a really great sunset.

So far we hadn’t problems. But at dinner time Hannah felt a bit sick. Hopefully she will recover soon.

The next morning, after a cold night, every one felt good, so we explored our way up to the mountain. If we want to climb the summit we needed to leave the refuge latest at midnight, so it was necessary to know the route up to the summit.  Back in the refuge we had an early dinner and went back to bed. Our big day has come. So we planned to get up at 10.30 pm for having a kind of breakfast and then leaving the refuge to accomplish our project, the Chimborazo.

At 11.30 pm we were walking up the hill and it was windy and cold. Soon we needed to put on our crampons because the way was a mixture of ice and earth, in which it was really hard to find foothold. After some hours we were on the ridge. Here it was extremely windy and my eyes hearted from the sandy wind. We had a short break and then we continued our walk to the peak. It was an exhausting climb since the inclination was strong.

But after the sunrise, it go a bit warmer and sunnier.

What delight! We made it!

But every climber knows that reaching the summit does not mean that you have already accomplished your expedition. Now it was another hard work to get down to the refuge. This was really difficult since we already were late and so we had the risk of falling rocks on our descent.

Only in the afternoon we reached finally our destination, the refuge Whymper. After a hot soup and some food we went straight to bed.The following day we were descending from our refuge to the city of Riobamba. There our Ecuador expedition was going to its end. But yes we did it! 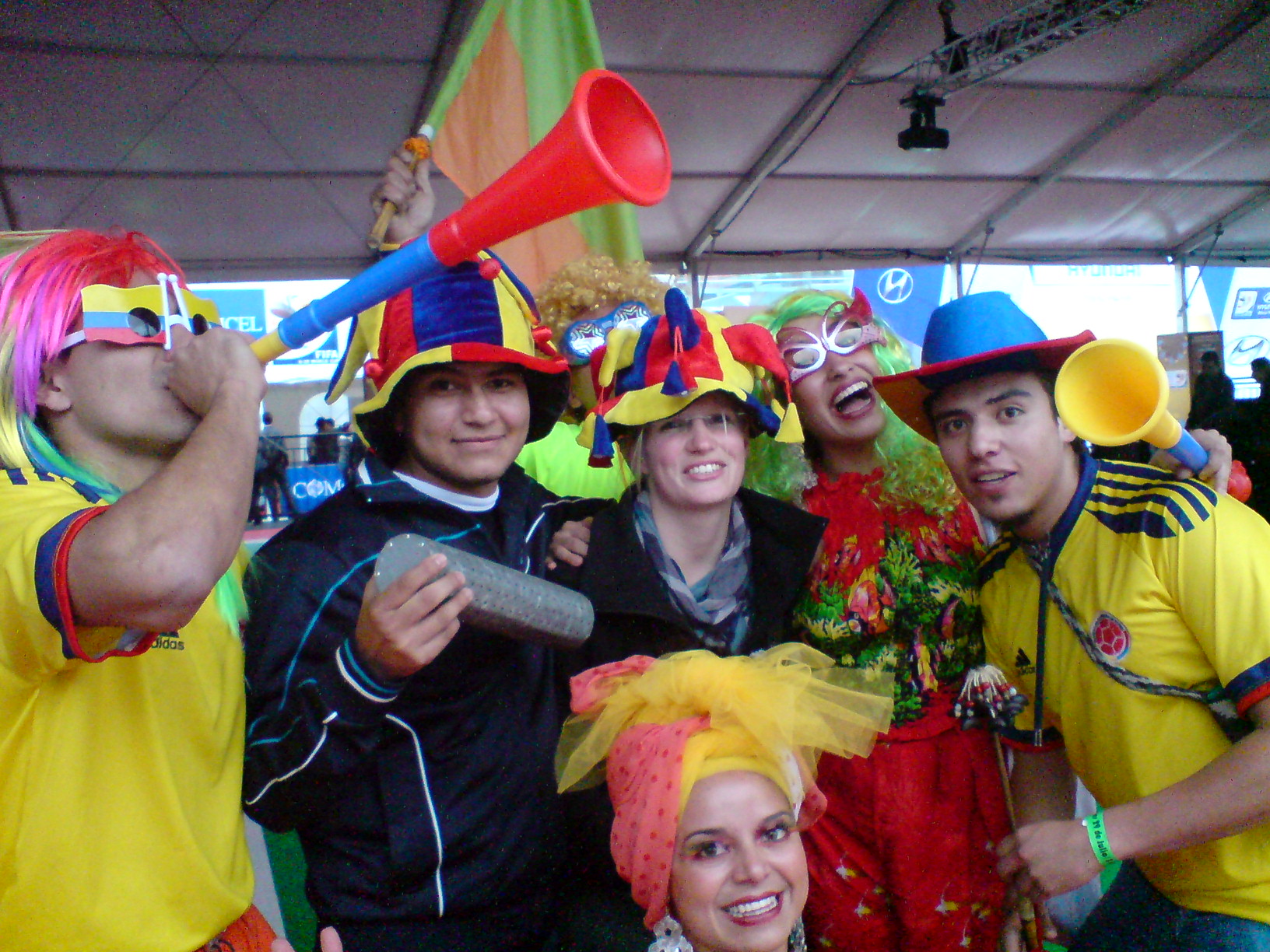 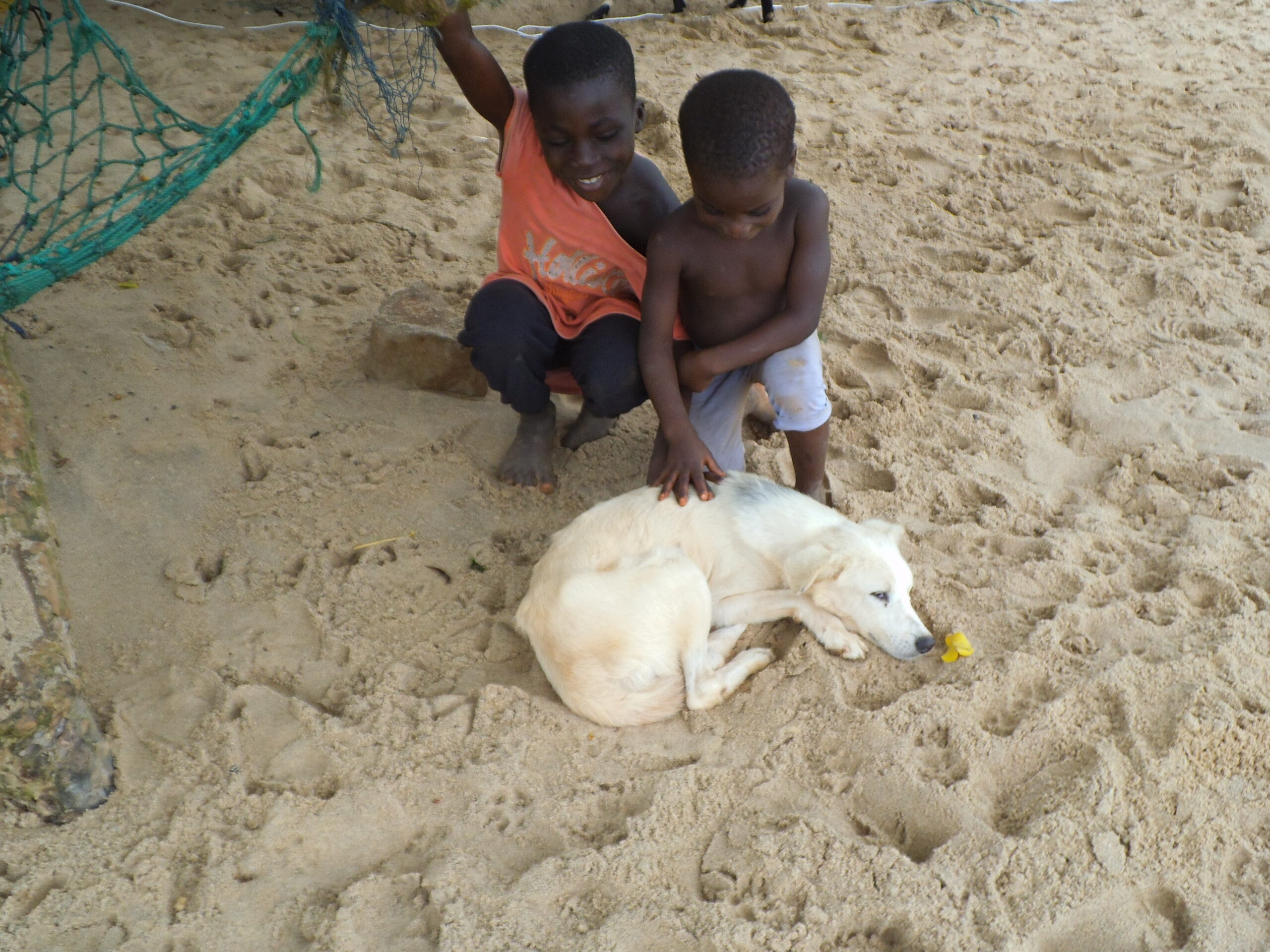 The beach in Busua is well known for its beauty and its surfing abilities. We went there for a long weekend since […] 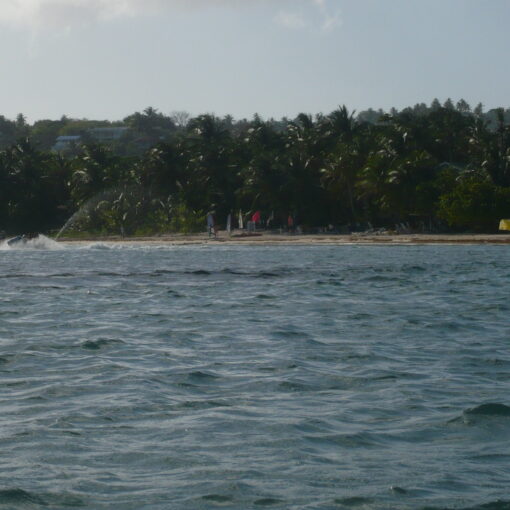 San Andrés is an Island of Colombia, although its geographical position doesn’t give a hint of this belonging. San Andres is situated […]

In the context of the new project “Official Blogger” we were invited to visit the event “Vitirina Turistica de Anato 2012”. Every […]